“We can’t solve problems by using
the same kind of thinking we used
when we created them.” — Albert Einstein

“We can’t solve problems by using
the same kind of thinking we used
when we created them.”
— Albert Einstein

Title: Recapitulating musculoskeletal disorders in vitro –Next generation of preclinical research towards translation 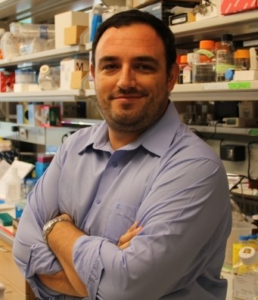 Riccardo Gottardi graduated in 2003 in Applied Physics at the University of Pisa and obtained his PhD in 2007 from the University of Genova (Italy). In 2011 he moved to the University of Pittsburgh with a postdoctoral fellowship to work with Dr. Rocky S. Tuan and Dr. Steven R. Little. His research focused on tissue engineering/regenerative medicine of cartilage and joint soft tissues leveraging biomaterials and drug delivery, and he has developed innovative synthetic tissue models to study tissue cross talks in health and disease. Since January 2019, Dr. Gottardi has been leading the Bioengineering and Biomaterials laboratory at the Children’s Hospital of Philadelphia and the University of Pennsylvania, the first pediatric lab of its kind focused on engineering new approaches to treat airway disorders. Riccardo is known for his exceptional mentoring skills and he is actively involved in several Diversity support groups. 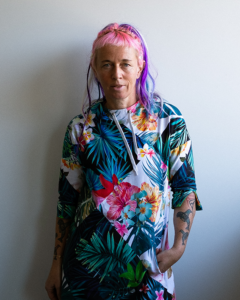 Title: The Digital Fingerprint of Severity in Laboratory Animals 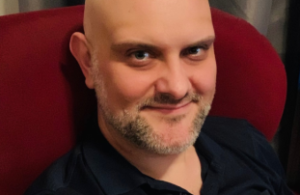 Dr. Steven R. Talbot is a Data Scientist and Biochemist at the Institute of Laboratory Animal Science at the Hannover Medical School (MHH). Currently, he works on his habilitation and has specialized in methods of quantitative severity assessment in laboratory animals and the advancement of Machine Learning to improve animal welfare. Furthermore, he actively promotes statistical education in young scientists and aims at including artificial intelligence in critical decision-making processes, e.g., the 3R sector. Steven is also a passionate gravel biker, an avid R-enthusiast, loves pizza, and co-author of the pre-clinical dictionary Pschyrembel. Learn more: Email / Website / GitHub / Institute / Project / Twitter 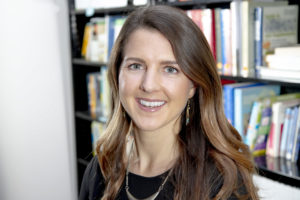 Janine McCarthy is a research policy specialist with the Physicians Committee for Responsible Medicine, a nonprofit health organization where she works to promote the development and implementation of non-animal research methods for biomedical science and regulatory testing. Janine launched the Early-Career Researchers Advancing 21st Century Science, or ERA21 program, which engages the next generation of scientists and connects them to the benefits of human-relevant research. In this role, she develops specialized resources for researchers, organizes workshops, educational symposia, and trainings for scientists, and engages with government agencies to increase the funding of non-animal research methods to support early-career researchers. Janine has a Master of Public Health and lives in Annapolis, Maryland with her husband and German Shepherd dog, Ida. 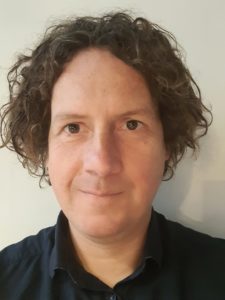 Ulf obtained his PhD in biology and later turned into psychology and cognitive neuroscience. Currently, he is responsible for educational formats at the BIH QUEST Center for Responsible Research in Berlin where he also heads the research group on Systemic Perspectives in Translational Biomedicine. 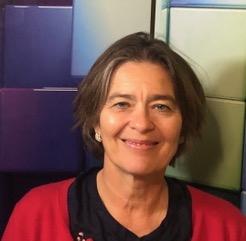 Ellen Fritsche, MD holds a joint professorship in Environmental Toxikology at the Heinrich-Heine-University and the IUF and leads the group of Alternative method development for environmental toxicity testing at the IUF. She successfully developed a neurosphere model (clusters of primary neural progenitor cells) to study basic processes of human brain development in vitro and to validate the system to be used for developmental neurotoxicity (DNT) hazard assessment. A crucial aspect of the neurosphere system is the possibility for pathway-to-function analyses in a species-specific context which will help to translate rodent data to humans. The development and integration of artificial intelligence by training convolutional neuronal networks for cell identification using Hight Content Imaging Analyses (HCA) allows for automation and medium-throughput applications – a targeted approach towards the up-scaling challenge.

Manasi Nandi is a Reader in Integrative Pharmacology. Her research focuses on understanding cardiovascular changes in disorders such as sepsis. Her current focus is an interdisciplinary project using a new mathematical method to extract additional information from physiological waveforms. She has active collaborations with King’s Health Partners, academic labs and industry, exploring the technology for clinical applications in prediction of deterioration events in adult and paediatric ICU, respiratory disorders (COPD, asthma, sleep apnoea) and home monitoring for at risk groups. She also focuses on the refinement of preclinical models to optimize clinical translation within the fields of sepsis, trauma and other cardiovascular diseases 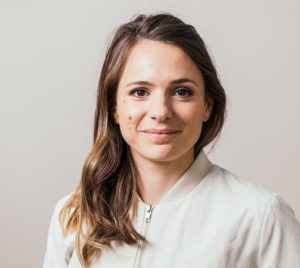 Julia Rummel. Ph.D. is a c-founder of the innovation consultancy INNOKI. Julia is a trained Design Thinker (HPI), certified Systemic Personal & Business Coach and Team Developer (ECA*) as well as a trained neuroscientist.
What is connecting all topics? People! People are always the focus of her work. Consistent user-centricity is not only important to her when developing products and services, but also when it comes to internal company processes. Julia Rummel facilitates team-based change processes (e.g. city of Hamburg), management development (e.g. Daimler AG) and works a lot with international scientists (e.g. Charité – Universitätsklinikum Berlin, Young Entrepreneurs in Science von Falling Walls gGmbH).Innovation- and Team-Consultant INNOKI 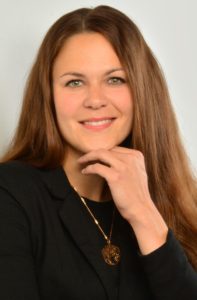 Alexandra Damerau studied biotechnology and quality management and is a doctoral researcher at the Charité-Universitätsmedizin Berlin led by Prof. Frank Buttgereit. Her research focuses on the (i) development of complex human-based in vitro 3D models, (ii) investigation of inflammation-related metabolic alterations in musculoskeletal disorders, and (ii) implementation of the 3R principle.

Doctoral researcher at the Charité-Universitätsmedizin Berlin, Department of Rheumatology and Clinical Immunology. Scholar of the German Academic Scholarship Foundation.

Studies of Biotechnology (M.Sc.) and Quality Management at the BHT. 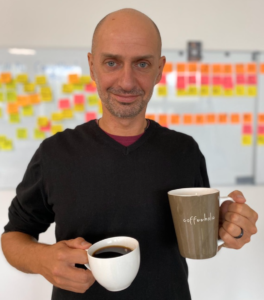 Andreas is a passionate serial entrepreneur, social business consultant and UN Sustainable Development Goals ambassador. Andreas loves to help people and organisations to realise their ideas and dreams to make this world a better place. He is all about sharing his knowledge and expertise especially with international university students from around the world and enjoys developing and facilitating unique Start-up Experiential Learning Programs, workshops and seminars. As an accredited consultant and trainer, he regularly trains jurors on how to evaluate business plans, for instance, during the BPW (Europe’s biggest business plan competition). With People & Friends, as the 8th company he has founded, Andreas has achieved one of his life-time goals – connecting aspiring (social) entrepreneurs worldwide. His area of expertise particularly lies in Business Modeling, Design Thinking & Innovation, (Corporate) Entrepreneurship and Strategy. 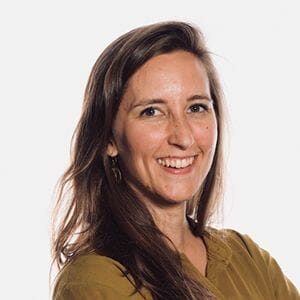 Design Thinking is an innovation method that combines both analytical and creative methods to find user-centered solutions in an iterative process. Experiences coaches will guide your team and you through the 6 steps of the Design Thinking process.

If you want to learn more check out the following links: 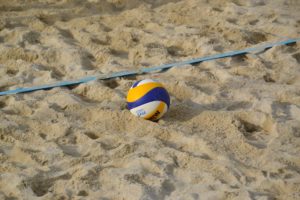 (Here you can find the directions)

Let’s spend the night with us at Beach61 and enjoy the beach feeling in the heart of Berlin. Here you can have fun at the beach volleyball court or challenge someone in table tennis/football. If you are not feeling like sports that night, don’t worry –just grab a drink and relax at the fireplace. Vegetarian and vegan BBQ will be served between 7 and 9 PM. We are very much looking forward to seeing you there. 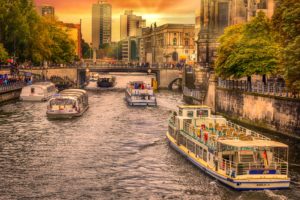 (For navigation systems you can use: Märkisches Ufer 22, 10179 Berlin)

Try new perspectives on the central city of Berlin from a beautiful boat on the Spree. Enjoy dinner and drinks with the other participants and the summer breeze around your nose, while the captain cruises along the Spree on a stylish boat with the flair of the roaring twenties. We will be back at the jetty at 10 PM, stops in between are not planned – so discussion partners cannot run away ;.) ! We are very much looking forward to make this experience with all of you.